Home » When is the date of Fatimah al-Zahra’s martyrdom?

The following article is Allamah’s opinion on this subject according to the narration of Hujjat al-Islam Salimi:

I seek refuge with Allah from the accursed Satan

In the name of Allah the Merciful

I remember that we were in the presence of the late Allamah Askari (may God bless him) I asked him about this, he pointed out something, that in the old manuscripts and writings from that time which are memorized, The type of writing was such that they did not use dots (some Arabic litters have dots but in the before time dots in litters were not used). And in Arabic, 75 is written as similar as 95 without dots: (خمس و سبعون | خمس و تسعون)

Now, if you consider seventy and ninety without a dot, it creates a dispute, should we read this word ninety or seventy…? Because they did not use dots.

The meaning of the word “khams”(five) is clear, because its writing (in Arabic) cannot be imagined in any other way, [since] the dot is above the letter “ha” (ح) and it is read as “khams” (خمس) (five). But the dispute is about the word that is called either “Seventy” (سبعون) or “ninety” (تسعون).

But the opinion of the late Allamah Askari was that 95 days is more correct. Although he used to say:

“What is the wrong thing with mourning for Fatimah al-Zahra twice? “It’s a good thing.”

But those who are into research and discussion and historical discussions [should know], that Allamah Askari’s opinion was that 95 days is more correct. In some narrations, it is said that on that night when they wanted to bury Fatimah al-Zahra (peace be upon her), on their way they set fire to a palm wood to see the way.

If we take the basis of 75 days, 75 days [after the passing of the Prophet, peace and blessings of God be upon him] it will be the 13th of Jumada al-Awwal.

In Jumada al-Awwal there is a moonlit in the sky and the night is clear and [the path] can be seen a bit. Maybe there wasn’t even a need to burn a palm wood. But if we take the base as 95 days, 95 days [after the passing of the Holy Prophet, may God bless him and grant him peace], which is Jumada al-Akhirah, and there is no moonlight, and there is no [full] moon in the sky, and based on the situation of those times, At the beginning of the month, the night was extremely dark.

Therefore, this is one of the reasons that can be deduced that 95 days is more accurate. However, many other scholars are of the opinion of 95 days.

May God grant us all the opportunity to make good use of these days, these days that belong to Fatimah al-Zahra (peace be upon her), and to increase our knowledge about this noble lady of Islam, rather “Sayyidat Nisa’ al-Alamin” (mistress of the women of the worlds). And by Gods willing, we will receive the favors and intercession of this noble lady on the Day of Judgment. Inshallah. 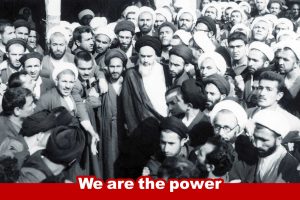 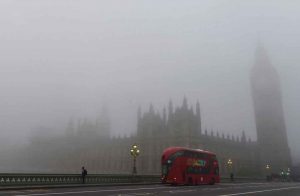